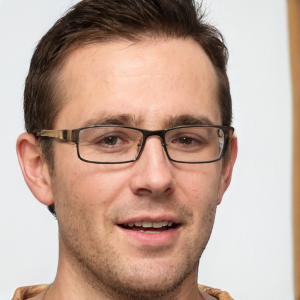 In modern times, there has been massive interest in cannabis. This has been mainly due to its purported health and wellness benefits. As a result, there have been several significant developments that have happened concerning the substance over time.

These include impressive levels of research efforts by leading institutions across the globe. The legal environment around it has also been involved as authorities sought to regulate its use in society. We are going to discuss everything about cannabis here. Read on.

Most people do not know what cannabis is. Cannabis is a group of three psychoactive plants known as Cannabis sativa, cannabis ruderalis, and cannabis indica. Depending on the place, cannabis is known by other names such as pot, weed, marijuana, and so on.

It is obtained by harvesting and drying the flowering tops, stems, leaves, and seeds of the plant species of any of the three plants mentioned. Cannabis is well known for its effect on the cognitive abilities of its users. It induces calming and relaxing effects, and when taken in large doses, it can cause hallucinations.

What are the Components of Cannabis?

The substance known as cannabis constitutes over a hundred and twenty chemical compounds. Of these, the most prominent is cannabidiol, better known as CBD, and delta 9 tetrahydrocannabinol. These two are described below.

CBD is one of the most prevalent molecules in cannabis. It is non-psychoactive. This means it does not give its users a ‘high’ feeling after taking it. It is an effective herbal remedy against several medical conditions such as anxiety, depression, chronic pain, epilepsy, cardiovascular issues, addiction, and so on. CBD works with the endocannabinoid system through interaction, better known as the ECS.

However, it is also paramount to note that even though CBD has some medical uses, it also has a set of side effects. These include diarrhea, loss of appetite, and so on.

No doubt, this is the compound that is mainly responsible for the psychoactive nature of CBD. It is this compound whose content is regulated in cannabis products in some jurisdictions. For instance, in the United States, the Farm Bill of 2018 dictates that in CBD products, the THC content should be less than 0.3%.

How it is used?

Of course, people would love to know how cannabis is used. There are several methods that users can apply to take in the psychoactive compound. These are highlighted below.

In this method, people use hand-rolled cigarettes or pipes to take in the smoke that is produced by cannabis via the mouth.

This is when cannabis is added to edibles and eaten. This could be through foods such as hash cookies.

CBD can also be taken in via topicals. Through this method, transdermal patches enable the ingredients to access the body for a prolonged time. This method is usually beneficial to individuals who are using cannabis to treat skin conditions, pain, or inflammation.

It is paramount to highlight that the primary purpose for all the cannabis intake methods is to ensure that the THC in cannabis accesses the bloodstream. This can be achieved either through the linings of the stomach and intestines when eaten or via the lungs when inhaled. Inhaled THC gets into the bloodstream much faster than ingested. Therefore, the effects of cannabis when smoked are more rapid compared to when eaten.

Even though research efforts on cannabis are still ongoing, the substance has already been shown to be associated with several benefits. These are highlighted below.

A significant part of the uses of cannabis is medical. The substance is effective in either the treatment or management of the following health conditions.

However, Epidiolex is the only cannabis-derived drug that is authorized for use by the Food and Drug Administration (FDA). It is used in the treatment of two rare and severe forms of epilepsy.

Paper and textiles can also be made with the help of the cannabis plant.

Short-Term and Long-Term Effects of Cannabis

Of course, cannabis features both short-term and long-term effects. Some are positive, while others are negative.

The desirable short term effects of cannabis include:

On the other hand, some short-term effects are problematic. These include:

Cannabis also has some long-term effects, and unfortunately, they are not desirable. They include:

Quite frankly, the legality of cannabis lies in a murky environment and differs from one country to another. In the USA, it is federally illegal. However, medical and recreational cannabis is legalized in some states. Therefore, the best way to navigate the cannabis legal jungle would be to keep pace with the rules and regulations concerning the substance that are effective in your area.

The importance of cannabis for both recreational and medical purposes in the 21st century cannot be ignored. This has been primarily due to the substance’s purported benefits. With cannabis gradually rising to prominence over the years, it is paramount that users have a full understanding of several aspects of it.

These include what it is, how it is used, its benefits, short and long-term effects, and legality. In parting, it is generally recommended that whenever you are unsure about any aspect of cannabis, you should seek an expert opinion on it. This will help you avoid legal issues as well as safeguard your health.

The Benefits and Side Effects of CBD