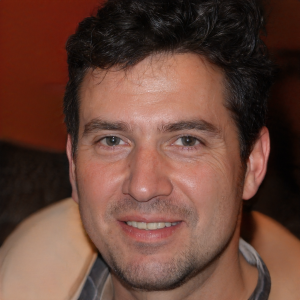 Bubba Kush, also known as BK, is a favorite of both breeders and patients for several reasons. The strain could taste like coffee and chocolate but its strength manifests in the effects it brings along. It is said to pack head-spinning highs that leave you in cloud nine for hours.

For that reason, it has gained so much reputation as a reliable sleep aid. Its couch-locking abilities offer you different ways of relaxing. With just a few hits you will have your body starting to melt away. However, there will be no cause for alarm since your mind will remain collected and clear.

What is Bubba Kush Cannabis?

Bubba Kush is an Indica dominated hybrid strain whose parentage remains unclear. However, this could be a cross between OG Kush and Afghani. It has been categorized under India since it produces effects that we expect from that variety.

These include happiness, couch-lock, sleepiness, and increased appetite just to name a few. With around 15 to 23% THC content, it is a potent and generally an above-average strain as far as the THC content is concerned. Learn more about this strain in the Bubba Kush review below!

Close to its aroma, Bubba Kush possesses some strong nutty taste. It is believed that it has inherited its tanginess from OG Kush lineage which brings it a taste similar to spice and pine. At times, you will feel notes of sweetness and chocolate. The strain also leaves an aftertaste that has a tootsie roll hint.

Bubba Kush has an invigorating aroma and smells like coffee or roasted nuts from time to time. The strain also possesses some hints of earthiness and pine which will round up its complete fragrance. Once you smoke Bubba Kush, it will leave a cloud of sweetness and spice in the vicinity.

The appearance of this strain steers away from the common bud look. All the same, it is very close to the common well-grown cannabis. It has purple and frosty green buds with small orange/amber-colored hairs that stick out from between. Its water leaves have a green and a deep purple hue as well. Ideally, the strain has a presence that is bright and vivid enough to excite stoners and patients all over the globe.

Bubba Kush is a strain that is very easy to grow all-round both indoors and outdoors. However, for the highest yields, you need to consider growing the strain in the hydroponic environment. The strain is naturally resistant to common diseases and molds. Generally, this plant is relatively very easy to keep.

While growing indoors, the flowering time will be anywhere between 8 and 9 weeks. Its buds grow to a medium size and the grower can expect anything around 15 ounces for every square meter as far as the yield is concerned. For outdoor growing, the plant will be ready for harvest towards the end of October.

Here, the expected yield will be anywhere around 20 ounces for every plant. It does well in a warm, dry spring kind of environment. All the same, the plant can do well in slightly cooler settings.

Percentage of THC, CBD, Sativa, and Indica in Bubba Kush

The genetic makeup of the Bubba Kush strain is as follows:

The effects of the Bubba Kush are unique to the Indica strains. Users feel couch-locked with an extreme body-melting bliss. It is part of the reasons why this strain is a good choice for people suffering from insomnia. You can expect hardcore munchies from this strain.

As you begin consuming more of the strain, you will become sleepy, happy, giggly, and hungry. All these blend into a feeling of pure euphoria and joy.

People suffering from mental disorders stand to benefit from Bubba Kush with ample relief. It is a relaxing and calming strain that helps to heal anxiety, paranoia, stress, and depression. Provided that you consume just the right quantity, you will greatly reap the benefits.

Bubba Kush is also a top-notch selection for people in India to manage the side effects from treatments of illnesses like HIV/AIDS and cancer. Other benefits that are associated with this strain include helping people with sleeping troubles, loss of appetite, and eating disorders in general.

If the consumption of this strain is too much or if you use it early during the day, it can induce sleep. That is why it has been used in form of a sedative for people who are battling insomnia. For that reason, Bubba Kush should be used once you are done with your daily business.

Other than sleepiness, if you are using this strain to fight stress, depression, anxiety, and other mental issues, you have to be cautious. As is the case for other weed strains, when you over-consume cannabis, you can experience heightened paranoia, stress, and anxiety.

For that reason, if you will be using medical marijuana for mental conditions, you must know your limits and stick to those limits. The strain also tends to cause dry eyes and dry mouth. It is advisable to take enough hydrating fluids to cope with the dry mouth side effect. For dry eyes, moisturizing eye drops will do magic.

By now, we believe that you have all your questions answered regarding the Bubba Kush strain. Given the high THC content of this strain, newbies are advised to keep it off. It is important to remember that cannabis consumption is the sole responsibility of the user. For that reason, you must exercise discretion to prevent unwanted side effects.